About my baking challenge

I discovered the joy of baking for the first time ever in 2013, shortly after my dear mum passed away from cancer. During 2014 I tried to bring these two things together in a positive way , have fun and raise some money for Ashgate Hospice in Chesterfield where my mum passed away. Throughout the year I tried out new techniques and recipes from time to time ... and then sold some of my bakes for charity in my workplace. Since then I have continued to bake with some ups and downs .. and this blog charts my baking experiences, good and bad!

I haven't really had either the opportunity or the inclination to do much baking this year, as my dear dad was very ill through most of the year with cancer, until sadly he passed away in November. We live in Liverpool and he was in and out of hospital in Derbyshire, so trying to help him, keep an eye on him and travel whilst still doing a full time job has been a bit of a challenge over the past months. Although it's still early days, I thought I would like to try to get back into some baking, and was provided with the ideal opportunity when my department at work announced a "Christmas crafty" competition, to take place on the same day as our departmental Christmas buffet. So I thought I would try to kill two birds with one stone, and bake some kind of "showstopper" to contribute to both events. As my baking skills are not enormous I thought it must be something that could provide a "wow" factor but would not be too difficult ... so I settled on trying to make a gravity defying cake! 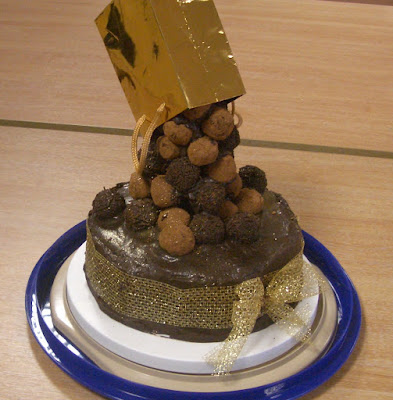 Ingredients:
For the cake:

Method:
a) Truffles
1. Make the truffle mixture by heating the cream in a saucepan until hot (not boiling) and then pouring over the chocolate and butter in a large  bowl. Stir continuously until all the chocolate and butter melts and the mixture is smooth. Add kirsch to taste and stir in. Allow to cool and then refrigerate until firm (2-4 hours).
2. Make the truffles by scooping balls of the truffle mixture, using either a melon baller or teaspoon, and rolling between the palms into a ball. Place the vermicelli and cocoa powder on separate saucers, and roll each truffle in one or the other to coat. Place each completed truffle onto a baking tray lined with greaseproof paper, then refrigerate to chill.

2. Grease 2 x 8" sandwich tins and line the bottom with baking parchment.
3. First measure the cocoa and boiling water into a large bowl, and mix well to make a paste.
4. Add the remaining ingredients and beat again until combined.
5. Divide the cake mixture between the prepared tins. Bake in the pre-heated oven for about 30 minutes until well risen and shrinking away from the sides of the tin.
6. Cool in the tin for ten minutes, then turn out onto a wire rack to cool completely.
c) Filling/icing
1. Make the buttercream by beating the butter until pale and fluffy (approx. 5 minutes) then adding the icing sugar and vanilla extract, and beating well.
2. Make the chocolate icing by placing the cream and chocolate into a bowl over a saucepan of simmering water (do not allow the bottom of the bowl to touch the water). Stir well until the chocolate is melted and the mixture smooth. Set aside to cool.
d) Assembly
1. Stir a small amount of kirsch into the morello cherry jam. Sandwich the 2 cakes together using the jam and buttercream.
2. Place the sandwiched cakes onto the Lakeland cake base, and insert the anti-gravity kit tube.
3. Cover the cake in choclate icing, and paint chocolate icing over the whole tube.
4. Build up a tower of truffles around the cake,  using a little extra chocolate icing to stick them together.
5. Balance a small gift bag on top of the truffle tower, to make it look as if the truffles are cascading out of the bag.
6. I finished the whole thing off by wrapping a gold mesh ribbon around the cake while the icing was still wet, and attaching a bow using a cocktail stick. I also lightly sprayed the top of the cake and the truffles with gold edible glitter. 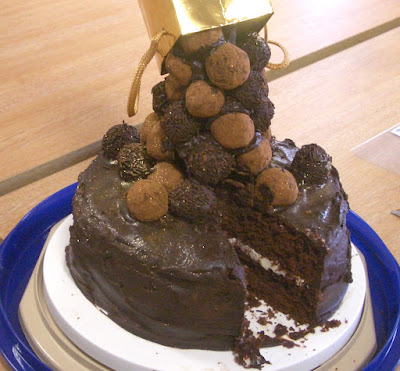 Observations:
This cake was a bit of a hybrid of Mary Berry's very best chocolate cake, crossed with a standard truffle recipe, and my own devising of Black Forest flavouring. The cake itself was delicious, although it did rather crumble - a problem I have quite often and would love to receive any advice on why this may be.
It was the first time I had ever made truffles and they were very easy but OMG were they messy to make ... one recipe advised using disposal gloves when rolling the trufffles, and this really was excellent advice as the mess would have been uncontainable otherwise! 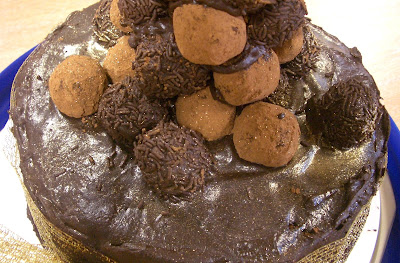 It was also the first time I had used my Lakeland Anti-Gravity Pouring Cake kit - and I would have to say there were a few issues with it. In theory you should assemble the base and rod and then lower your sandwiched cake over the rod onto the base ... even if my cake had not been crumbly to start with I'm sure it would have broken trying to lower it over a rod; and other bakers in my workplace agreed this would  be a fairly dicey procedure. In the event I just stuck the rod into the cake, which meant it was not secured to the base ... luckily it held firm, but this was probably largely due to the density of chocolate icing I used, and may not have been as successful with a different type of icing. I also found that I had to use a LOT of additoinal icing to anchor my truffles in a tower, which was to some extent visible in the finished product.
Another consideraton with this cake was that it was very difficult to transport .... it is too tall for any cake carrier, and I ended up placing it just on a large plate base in the boot of my car and driving VERY CAREFULLY the 15+ miles to work, with particular attention to avoiding speed bumps!!
All that being said, the cake's appearance received a lot of compliments in the office, bagged one of the prizes in the works competition, and was soon demolished once the buffet lunch got into full swing. I'm very glad I had a go, but I'm not sure I'd be in a hurry to do it again!
I would like to enter this offering for  the following baking challenges ....
1. December's Love Cake theme of Festive Fun

2. December's We Should Cocoa theme of Christmas, hosted by Munchies & Munchkins, and Tin & Thyme. 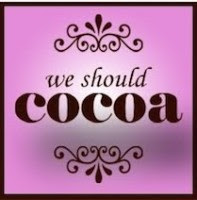 3. Lakeland's December #MyLakelandbake, where the theme is Christmas.
Here's hoping it won't be so long next time before I'm back with another bake.

Blogs I love to visit

It's all about the cake! 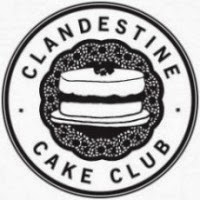